You should know thing about scotch single and blended

Ultimately, Scotch is the most diverse category of whisky in the world. There are a wide variety of grains, casks, stills and techniques among the thousands of products produced in Scotland. And that's a problem - that's because, for the novice Scotch whisky drinker, there's a lot of uncertainty.

Let's say you and I try scotch for the first time this week. My experience tasting a smoky Lagavulin will be quite different from your refined, easy-drinking Dewar. We all drank Scotch, yes, but we drank two very different styles of Scotch: a single malt and a ເຫຼົ້າຂາວປະສົມ. 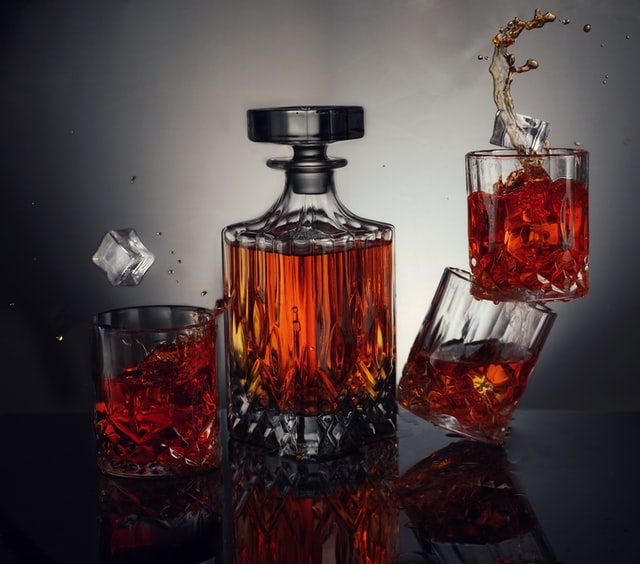 In a legal sense, anything labeled Scotch must be made from grains that have been distilled (in Scotland) and aged in oak barrels (also in Scotland) for at least three years. But after that, the road bifurcates in several directions. A blended Scotch can use any whisky that meets these criteria as its component. But to label a bottle as a single malt, the liquid inside must be distilled at a distillery and made entirely from one grain: malt. And that's where the flavors start to diverge.

Typically, blended whiskeys use grains such as corn or wheat, both of which make a softer spirit, similar to bourbon." In general," says Lew Byrson, author of "Tasting Whiskey" and the forthcoming "Whiskey Masterclass," blended whiskeys are milder and have a creamy sweetness that comes from grain whiskeys. Malts, even sweet bourbon casks, have more definition and structure."

The advantages of these two whiskies

George Bell, Bacardi's global malt ambassador and co-founder of the whisky stereotype-busting organization Our Whisky, says, "Blends, such as dewars, are made by blending whiskies from up to 40 different distilleries, whereas single malts are made by blending casks from a single distillery." The way I like to explain it to people is that it's like a symphony orchestra. A single malt is a string quartet where you focus on a specific sound, [or in this case] represent a distillery. A single malt shows the face and character of the distillery; it picks it out and frames it with the influence of the cask. Blends, on the other hand, are complete symphonies - whiskies from all over Scotland blended together. It balances all the elements of the orchestra and is pulled together and kept together by the master blender - our conductor."

But while there are some fairly straightforward differences in whisky theology, there is a cultural hierarchy between the two that puts blended whisky at the bottom of the pile, in part because of the use of grain whisky. Grain whiskey is often unfairly sung about. It is often considered cheap. Especially in the United States, both "blended" and "grain" whiskey are phrases that have bad influence. In the last century, during the worst days of bourbon, brands like Four Roses contained a portion of bourbon and were blended with "neutral grain" spirits (basically vodka) to save money. These whiskies were labeled as "blended".

But Scotch blends are a completely different product, although there are some superficial similarities." Grain whiskies are cheaper to make and cost less to age," Bryson says." That's not to say they're cheap whiskeys, but they do cost less." Blends give whiskey makers creative freedom, like an artist having more than one color of paint." Most blenders I meet take more pleasure in their blends," Bryson explains." It's more of a challenge - more of an opportunity to play with art. The palette of single malts is limited. Blends are limited only by the distiller and what the customer can afford."

The reality today is that a more educated consumer base is appreciating the merits of each type of Scotch whisky." People certainly have their own preferences," admits Ewan Gunn, Diageo's national program director, "but I don't think there are any hard and fast rules between the two types ...... People who really like Scotch whisky will usually appreciate both."

Gunn, who works on blended and malt whiskies for Diageo, says his first drink was a Lagavulin 16, but he quickly fell in love with blended whiskies. He thinks both spirits have the same opportunity to be great." Single malts - such as Talisker or Lagavulin - offer the opportunity to taste the unique flavors and styles of one distillery in one specific location, while blended Scotch whiskies - such as Johnnie Walker - offer the opportunity to enjoy all corners of Scotland in one glass, which is an equally enjoyable experience. One type is not better than another," he explains, "they're just different." Bell thinks people are coming around to that idea." She says, "Consumers are more open-minded now than they were five years ago, or even 10 years ago." In my experience, it doesn't matter if it's a single malt or a blend, as long as there's an interesting story and educational element behind it. She's also not sure that the two styles of whisky are completely different." Honestly, there are more similarities than comparisons. The flavors really evolve around the blended style and the type of casks used."

At the end of the day, however, the two styles are not interchangeable. For one thing, malts tend to be much more expensive, sometimes two to three times as much." Blends offer affordability, which means more than just saving money," Bryson explains." It means you feel less weird about making cocktails, about sharing freely, about drinking some every day. In general, malt liquor is better for drinking neat, savoring and creating a special moment. Malt liquor offers a sense of place, a connection to heritage." Gunn is less willing to acknowledge these differences. "Both types actually work well in cocktails," he says, "although historically there is a real (and completely unfounded) perception that blended Scotch is for blending and single malts are not."

The reality is that all of these categories are most valuable to consumers when they are used as a compass for exploration. Here are a few notable blends and the single malts used to create them.